We will shut down the border.

We will eliminate property taxes.

We will expose voter fraud and enforce the law. People are going to jail.

Texas values are under attack.

Freedom of speech is one of the cornerstones of our republic.

Texas deserves a Governor who can keep the lights on.

Term limits should be mandated!

We shouldn't pay to drive on our own roads.

The federal government will never secure our border, Texas needs a governor who will do it on his own.

The Texas Border is wide open. Our nation is being invaded, and Texas is at the heart of this unprecedented crisis. Thousands of illegal aliens cross into our state each day. It’s an outrage and an affront to our lawful, taxpaying citizens who are forced to spend billions each year on housing, schooling, and medical care for illegal aliens.

We will finish building the wall, starting with construction in the places where there are surges in crossings. We will completely shut down the border until the crisis is solved and eliminate all taxpayer-funded subsidies to illegal aliens.

I am not afraid to take on the federal government. Our citizens will be protected. I will not ask permission.

We will never again surrender control of the boundary with Mexico. We are out of time. There is no chance the federal government will secure the border. The only hope is for the governor to secure the border. If we save Texas, we might save the United States of America.

Property taxes in Texas are far too high—Texans are literally being taxed out of their own homes.

Texans have some of the highest property taxes in the nation, and they go up every year. Property taxes force homeowners to make unending payments, much like rent, to the government or face being kicked off their own property. It’s unacceptable that someone can spend three decades paying off a house, and then lose it during retirement due to skyrocketing property taxes.

We will put the broken property tax system on a path to zero. We will work with the legislature to deliver a constitutional amendment which every Texan will vote on. This will ensure that we don’t have temporary reductions that are reversed with future administrations. The biggest part of your tax bill, the public school portion, will be fully removed before I leave office.

The government doesn’t own your home—you do.

We will create unimaginable prosperity for every Texan. We have the solutions and the courage to implement them. Texas will lead once again.

Texans rightfully don’t have faith in our elections. We all know people cheat in elections.

Illegal aliens have cast ballots in Texas elections. Laws on the books are not being enforced because we refuse to dedicate the resources necessary to catch and prosecute the cheaters. Criminals can take advantage of inaccurate voter rolls to cast votes on behalf of dead people. In 2020, our governor allowed Democrat-run counties to flagrantly violate state election law while Republican poll watchers were denied access to observe ballot counting in liberal cities. This is unacceptable.

Unlike our current governor, I will never sign an executive order that violates election laws. Only lawful citizens should vote and cheaters must face harsh punishment.
Texans deserve elections they can trust.

Texas values are under attack.

Texans are tired of being forced to fund the left-wing takeover of society. Texas will lead the way in not only ending taxpayer-funded subsidies to these radical leftists, but also putting a full stop to their policies.

We will stop bowing down to the federal courts. This is Texas. We don’t care what John Roberts thinks. He and other sellouts on the Supreme Court have proven that they cannot be trusted to protect our liberty or state sovereignty.

Freedom of speech is one of the cornerstones of our republic. Censorship is the first step in destroying it.

Conservatives are consistently banned, silenced, and suppressed on social media platforms due to their political viewpoints. This overt discrimination has allowed billionaires in Silicon Valley to determine who has a right to speak and who does not. This serves one purpose and one purpose only: To deprive conservatives of their First Amendment rights.

This is not just an issue facing large, political figures. Grassroots leaders and everyday conservatives are consistently banned, silenced, and suppressed on social media platforms for their political viewpoints. This ideological discrimination has allowed big tech giants to regulate the stream of information in the new public square.

Rampant censorship of conservatives is a direct attack on our freedom of speech. We must take immediate action to stop this censorship, and protect our first amendment rights. Unlike our current leadership, I will ensure every Texan’s voice is heard, never silenced.

Critical race theory (CRT) is a left-wing, anti-American, Marxist political indoctrination ideology pushed into our classrooms by radicals under the guise of “racial sensitivity.”

CRT has been slowly seeping into Texas schools over the last 40 years. Our children are being exposed to harmful indoctrination that is instructing them to divide themselves by race, class, and gender.

White Texans are being told they are racist just because of the color of their skin, while minority Texans are told they are oppressed and that no matter how hard they work they will never succeed. Neither of these lies should be tolerated in Texas.

CRT is the product of the woke culture that is invisibly destroying our country. It eradicates freedom and diversity of thought, calling individuals to all believe the same narrative. We must end this Marxist movement that intends on dividing and destroying our state.

Texas once had a world-class, nationally-competitive power grid, but the carelessness of current leadership has ruined it.

Texas has become too reliant on provenly-unreliable green energy sources, such as wind. During the winter storm of February 2021, half of Texas’ wind turbines froze. This caused their share of electricity production to plunge from 42 percent to 8 percent. Over four million Texas families were left without power in dangerously freezing temperatures. This failure, in addition to other disruptions, resulted in billions of economic damage and  150 deaths.

Several months after the storm, Gov. Greg Abbott said new reforms “fixed all the flaws” that caused the widespread outages. But just one week later, the Electric Reliability Council of Texas issued a power conservation alert urging Texans to limit their use of electricity because power demands outpaced supplies. During the following days, Texas families experienced power outages during 95+ degree heat.

It is clear that current leadership is not capable of fixing the problem. We cannot allow this power grid crisis to continue to be improperly addressed when countless lives are at stake.

For decades, Texas lawmakers have avoided addressing the issue of term limits in order to maintain their own power, no matter the cost to their constituents.

While states like Florida and South Dakota have enacted term limits, returning power to the hands of the people, Texas has seen power concentrated in the hands of a few. Texas statewide positions, including the governor and the legislature, currently have no term limits.

As the Founding Fathers intended, our government should be led by Texans who step up, serve their state, and then return to their lives. Career politicians only serve one purpose: the furthering and advancement of their career!

Many leaders in Texas have been in office for years, and even decades. Some have never worked a real job a day in their life, instead making a career off of taxpayer dollars while delivering very few results. Governor Greg Abbott has been in politics, reliant on taxpayer-funded paychecks, for 25 years.

We cannot continue to encourage career politicians, by allowing them to remain in office for countless years. Enacting term limits will refocus our leaders on efficiently addressing issues and will hold them accountable for acting on their campaign promises. 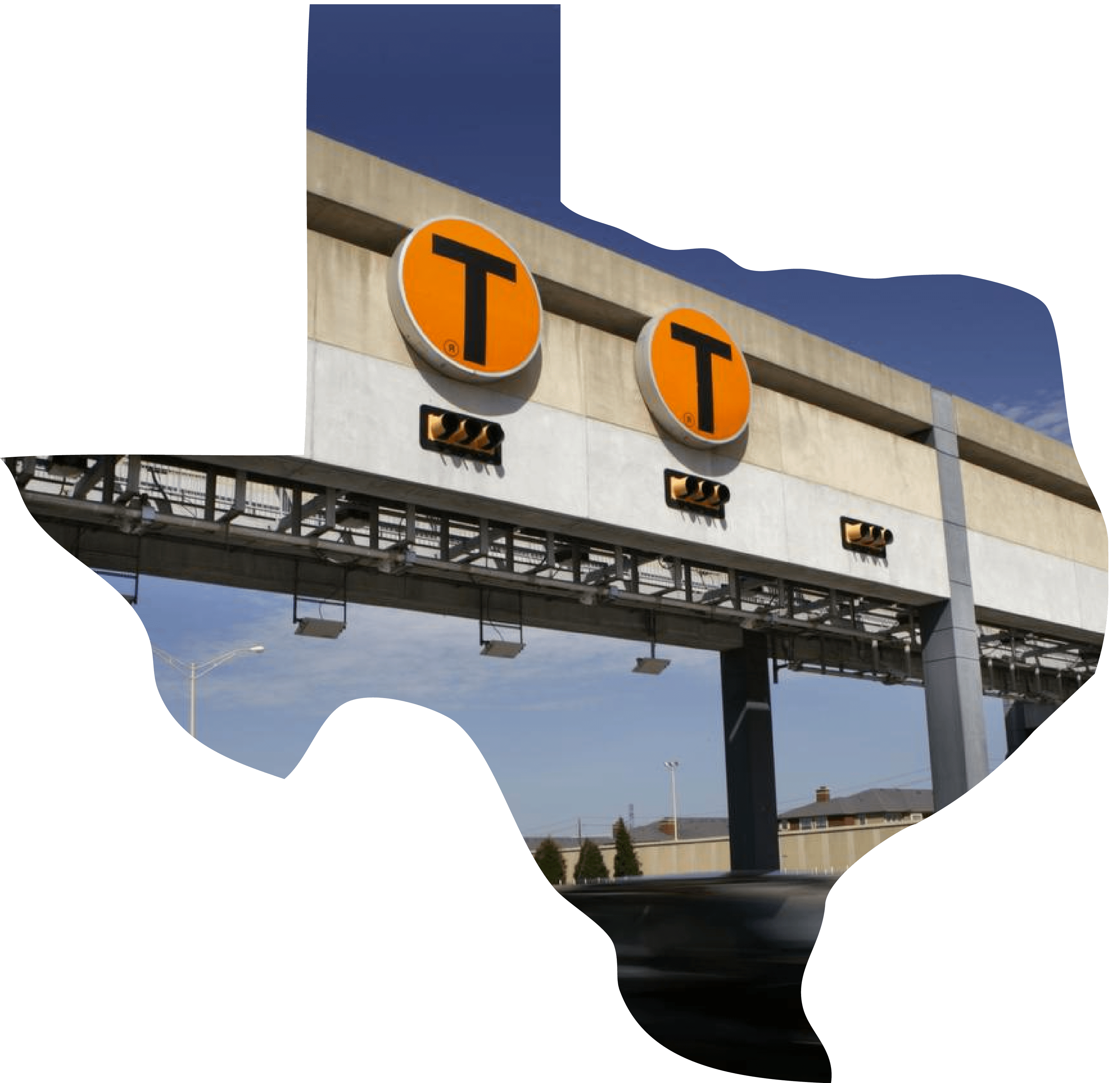 Toll fines are just a way for private organizations to profit off of blindly taxing Texans.

On Governor Greg Abbott’s watch Texas motorists saw their tolls and fees increase--and on July 1, Texans will see tolls go up yet again. This regressive form of taxation harms low income families, and people who rely on their cars to get to work everyday, the most. Private road conglomerates are profiting off the backs of hardworking Texans without their knowledge. Most Texans are unaware of how prevalent this issue really is.

Unlike current leadership, I will take the actions necessary to address this issue. I fought against these very fees and taxes as a State Senator. We must prevent private organizations from taking advantage of everyday, working Texans who rely on their vehicles every day.

I Stand With Texas

I used to say, if we lose Texas we lose the country.

Now, I say if we lose Texas, we are going to lose the free world.